Here is a brief list of what we think needs to change. What do you think? Let us know in the comments. Visit the links at the end to explore these issues in more detail. See our Glossary for short explanations of the acronyms.

The WHO approach to tobacco control is not working

Despite the huge amounts of public funds deployed for FCTC, there is no transparency

Affected populations, such as consumers and tobacco farmers, are excluded

FCTC Secretariat and NGOs have too much control

Malign influence of philanthrocapitalism, in particular from Michael Bloomberg

Harm reduction is one of the three pillars of policy strategies agreed when the FCTC was formed, BUT it is ignored

The Treaty is being misused

1. This article explains how the treaty came about and how it was negotiated in a non-inclusive manner:
Greg Jacobs: Without Reservation

2. All Party Parliamentary Group on Vaping – Inquiry into the WHO Framework
Convention on Tobacco Control (FCTC) Conference of the Parties (COP) Memorandum by Clive Bates
https://www.clivebates.com/documents/APPGVapingFeb2021.pdf

5. Administering the Mark of Cain: Secrecy and Exclusion in the FCTC Implementation Process, 2018
https://ir.lawnet.fordham.edu/ilj/vol41/iss3/3/

6. The Fourth Pillar of the Framework Convention on Tobacco Control: Harm Reduction and the International Human Right to Health
https://www.ncbi.nlm.nih.gov/pmc/articles/PMC1564445/

Why is #sCOPe22 Live Stream so important? Because people are DYING from the narrow mindedness of @FCTCofficial bought & paid for by a philanthropist w/no #PublicHealth background. #WNTD22 #THRworks #TobaccoExposed Join us, 31 May 22 @1300 GMT/20:00HKT https://bit.ly/3LXEyah

Kenyan policymakers seem to adopt a negative approach that keeps ppl smoking. #THRworks is about encouraging adult smokers, who have been unable to quit, to switch to #SaferNicotine alts with lower health risk. @THRForumAfrica @ZambiaTHR @INNCOorg https://www.businessdailyafrica.com/bd/lifestyle/health-fitness/use-of-alternative-nicotine-is-one-way-of-harm-reduction-3827160

Why is #sCOPe22 Live Stream so important? Because people are DYING from the narrow mindedness of Public Health, "Quit or Die" is leading to more death and disease. #WVD22 #THRworks #Commit2Live Join us, 30 May 22 at 1300 GMT/20:00HKT https://bit.ly/3u8MTkc

Now here we have a full visual of the problem with @FCTCofficial. Creating problems where they do *not* exist and refusing to address the *real problem* - which is combustibles & denying the *real solution* - safer nicotine products. #WorldNoTobaccoDay #WNTD2022 #THRworks 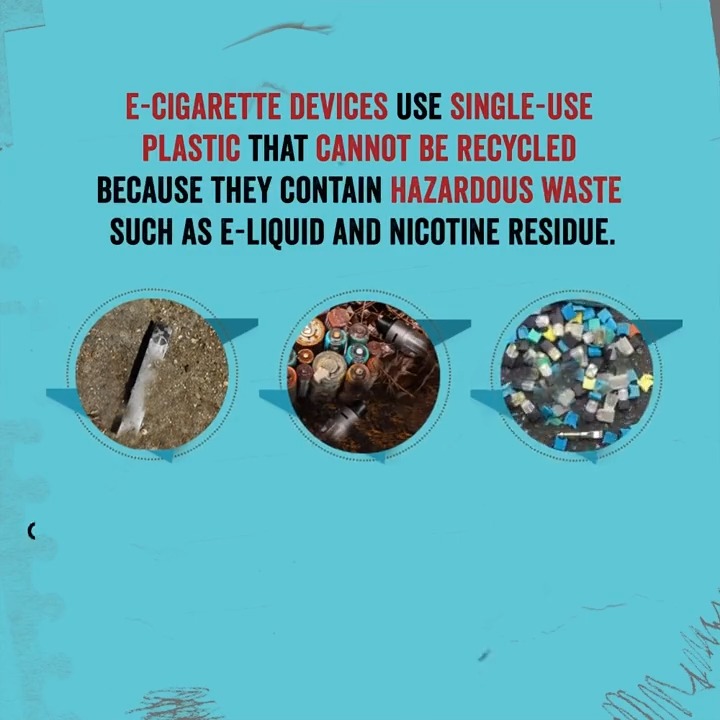 E-cigarette waste through its devices and plastic containers do not biodegrade. They just break down into microplastics that pollute our waterways.

E-cigarettes or the environment: what do you choose?

Another healthcare professional today, telling a COPD patient to stop #vaping - every day, people are being pushed back to smoking by being given rubbish information